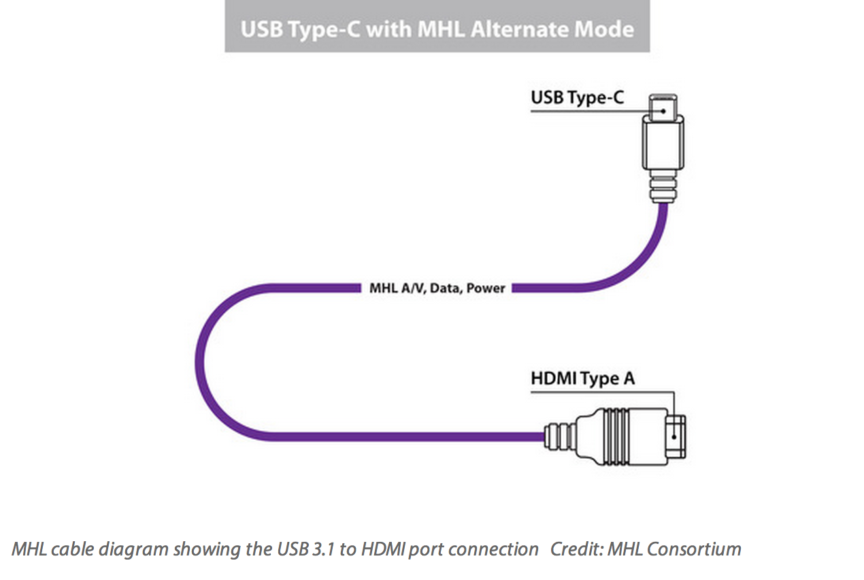 Starting late next year, it will become a tad easier to stream 4K video from mobile devices to ultra high-definition TVs.

The USB ports in mobile devices today will be replaced by new connectors based on the USB 3.1 protocol, which will provide faster charging and data transfer speeds to support 4K video. The new USB connector is expected in some mobile devices by the?end of next year, with widespread adoption expected to begin in 2016. USB 3.1 has drawn attention for its user-friendly Type C cable, which looks the same on both ends. Users will be able to flip cables and not worry about plug orientation.

TVs will likely have an MHL label near the HDMI port. The cable won’t support standard HDMI connectors, though adapters will be available to convert signals. Many old TVs don’t have MHL-compatible HDMI ports.

Support for MHL has grown rapidly since its introduction three years ago. MHL is already in 650 million devices, including popular Samsung and Sony smartphone and tablets, and will be in most HDTVs next year. MHL can be also used in conjunction with a TV remote for online gaming or streaming video.

USB 3.1, which already has support for DisplayPort, will add versatility with support for MHL. With data transfer speeds of 10Gbps, it will be possible to plug thumb drives into mobile devices for external storage.

MHL Consortium released the 3.0 specification in August last year. There is demand for more bandwidth with the installation of higher-resolution screens and cameras on mobile devices, and the organization will continue to push the specification forward, said Rob Tobias, president of MHL Consortium.