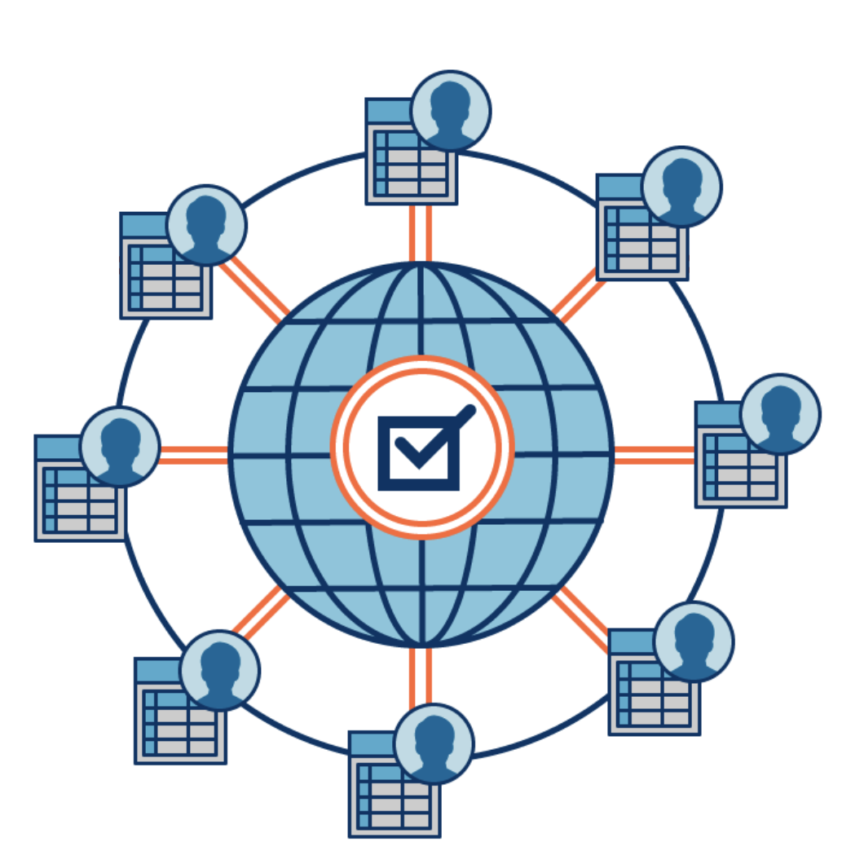 Before even we get into the use cases of Blockchain, lets look at what blockchain is?

At its most basic level, blockchain is literally just a chain of blocks – which can be simply thought of as a ledger that keeps all record in the form of transactions.  Each group of transactions can be referred to as a block, with each block then being combined chronologically to form a chain, hence the term “blockchain“. Each block contains a cryptographic hash of the previous block, which makes data contained within blocks extremely tamper-proof and super-secure. A blockchain possesses characteristics that makes an interesting proposition. Firstly, information recorded on the blockchain is public, thus, it is possible for everyone on the peer-to-peer network to have a copy of the blockchain.

Since everyone can have a copy of the blockchain, it’s falls under distributed, thus, the blockchain itself is not subject to the control of a single entity. This has an added advantage of making the blockchain incredibly secure and also immutable (although there are some caveats to immutability on blockchain). Since we now understand what Blockchain is, we can now take a look at various use cases of blockchain technology:

Blockchain can be used to solve these problems by serving as a foundation on which cryptocurrencies can be built. Cryptocurrencies can simply be thought of as a digital currency that function as a medium of exchange in buying and selling various goods and services. Conducting cross-border payments can be both a rapid and inexpensive process, as the blockchain can facilitate peer-to-peer transactions, meaning that middlemen need no longer be involved.

Blockchain, by enabling cryptocurrencies, has also spawned the development of cryptocurrency wallets. These wallets give individuals the opportunity to send and receive money, and generally be in full control of one?s funds. This gives the unbanked the opportunity to receive an income, and even enter into decentralized networks that allow for lending and capital raising activities. The barrier to attaining a cryptocurrency wallet is small, as one only needs an internet connect. This is in contrast to opening a bank account with traditional financial institutions, which can often be a time consuming and expensive process.

A supply chain is a network that is established between a business and its suppliers, and blockchain technology promises to remedy the problems found within these supply chains. This is achieved by the blockchain?s ability to enable the digitisation of assets. With this method, products can be tagged and assigned with unique identities that are then transplanted onto a transparent and immutable blockchain. Vital product information, for example: state of the product, time, location can all be tracked on the blockchain. In effect, blockchain enabled asset digitisation allows for a product?s supply chain to effectively be transplanted onto a blockchain.

This can yield certain advantages, for example, products can more accurately be tracked as they move along different stages/locations in their supply chain, as a result of increased transparency. This gives stakeholders in supply chain management the capabilities to be able to isolate and tackle any potential problems. Also, end consumers can also benefit significantly from a blockchain enabled supply chain, as they would be able to verify the authenticity of purchased goods by use of the blockchain.

Voting, especially in our increasingly interconnected society, is an activity that should be able to be done through online means. However, online voting is a move that has been resisted due to concerns of security and fraud. With physical voting, these concerns do not exist, as paper voting is secure from hackers because it cannot be digitally altered. The characteristics of blockchain make it a suitable candidate in addressing concerns of security and fraud. Blockchain can eliminate concerns of voter fraud by providing a clear record of votes that are cast. Hacking a blockchain enabled voting system would also be a difficult task, due to its tamper-proof characteristics. With concerns regarding security and fraud allayed, the process of voting could be conducted in the comfort of voters? homes, which may contribute significantly in increasing voter turnout.

Blockchain can help to alleviate the problems found within healthcare by serving as a secure and tamperproof database on which patient medical records can be stored. This would make it significantly easier for medical practitioners to gain a better understanding of a patient?s medical history, by being able to access information such as medical drugs that the patient has taken in the past. The blockchain would also be useful in tackling counterfeit drugs in the medical supply chain, by acting as a medium with which the authenticity of drugs can be verified. Drugs would be tagged and tracked at each stage of its supply chain, with all this information being recorded on the blockchain to assure authenticity.

Blockchain has already made its mark on fundraising activity, by spawning an entirely novel ecosystem of raising capital, I am of course referring to initial coin offerings (ICOs). ICOs have produced a more equal landscape, upon which investing in promising projects is no long an exclusively reserved right.

Blockchain?s decentralised nature removes the need for middlemen, which has very powerful implications in various areas such as:

7. Smart Contracts
Blockchain based self-executing smart contracts with predefined rules could facilitate agreements between various parties, all without the need of a middleman.

8. Sharing Economy
The peer-to-peer and decentralised nature of blockchain removes the need for centralised entities such as Uber and AirBNB to facilitate the sharing economy.

9. Music
Music artists can remove middlemen such as labels and publishers, and instead sell their music directly to their fans. Blockchain-based cryptocurrencies such as Bitcoin, Ethereum, Ripple support micropayments, which could facilitate novel artist-fan relationship.

10. Distributed Cloud Storage
Improvement in data security stemming from a shift from a centralised means of storage to a decentralised one.

Other blockchain use cases

11. Charity
Blockchain can provide an auditable trail  and transparent for donations in order to prevent against fraudulent activity.  This is amongst my favourite since we all hesitate to donate due to the fact that only 12p out ?1 reaches the needy.

12. Real Estate
Transfer land titles can be digitised using blockchain, which would allow for a more efficient and transparent transaction process.  Also, help in faster conveyance.  This is one of my most favourite use case.

13. Internet of Things
IoT devices, and all corresponding data can be stored on a decentralised blockchain, instead of being controlled by a centralised entity.  Each IoT sensor can be selectively given access permission.

15. Cyber Security
The secure and tamperproof nature of blockchain makes it an ideal solution in combating cyber security threats.

16. Insurance
Blockchain based smart contracts can produce a more transparent and secure arrangement between insurers and customers.

Blockchain is an exciting evolution that promises to change the way we live. As this piece of technology undergoes further development, it is likely that we will continue to see a growing list of potential use cases.